A selection from Susan Sontag's diaries (from 1947-1963) that takes us from early adolescence though to when Sontag was in her early thirties. It is an honest self-portrait which is also a revealing account of an artist and critic being born. 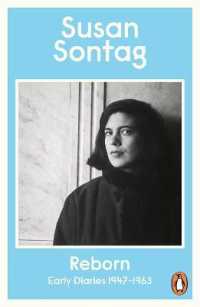